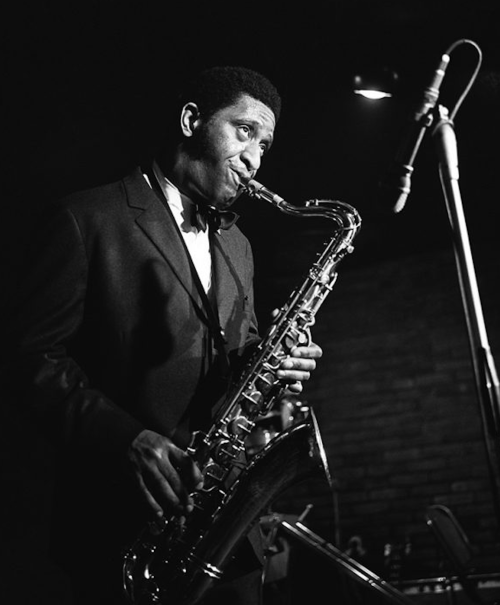 In 1967, Sonny Rollins was restless. Everything in the U.S. was changing fast and, as an artist, Sonny was changing, too. Just as he had reached the apex of his playing prowess, jazz seemed to be slipping away as a valued art at home. To find truth, Sonny toured extensively in Europe, particularly Scandinavia and the Netherlands. There, he found emotionally open fans who understood his history and fully accepted his art and heritage. Back in the U.S., what seemed like an endless battle for freedom and justice was raging, and the stress of earning and surviving was wearying. Abroad, the countries where he performed were intellectually liberated and liberating, free from America’s violent past and negativity. [Photo above of Sonny Rollins at the Go-Go Club in Loosdrecht, the Netherlands on May 5, 1967; photographer is unknown; courtesy of Beeld en Geluid and Zev Feldman] 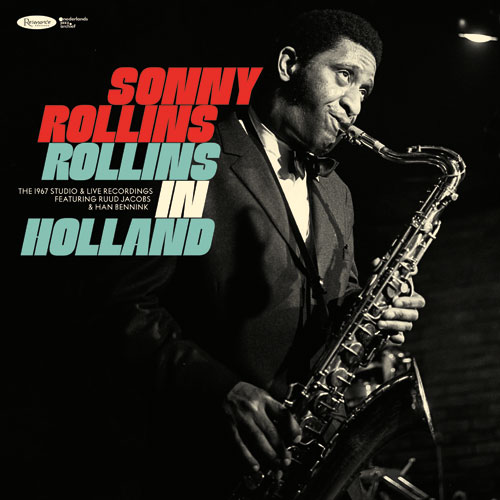 In May 1967, Sonny was touring in the Netherlands, where he performed in Arnhem on the 3rd, a radio broadcast in Hilversum on the 5th and a gig at the Go-Go Club in Loosdrecht that night. All three performances have just been issued on Sonny Rollins: Rollins in Holland (Resonance). Because Zev Feldman is the co-producer (with Frank Jochemsen and David Weiss), there’s a great story behind how Zev came to hear and procure the tapes and an equally engaging story behind winning Sonny’s support for release. 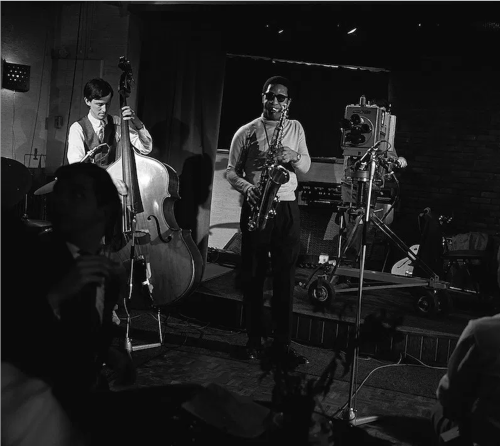 Sonny’s playing—tone, inventiveness and improvisation—are all tops here. The Dutch rhythm section—Rudd Jacobs on bass and Han Bennink on drums—can be grinding in places. But it’s their relentless energy and roughhousing that sets Sonny ablaze. And Sonny clearly is on fire on many of the album’s tracks, releasing long rivers of improvisation that never show signs of exhaustion or compromise. As Sonny has remarked, they all went for it. [Photo above of Sonny Rollins in Hilversum, the Netherlands, with Rudd Jacobs on bass, on May 5, 1967; photographer is unknown; courtesy of Beeld en Geluid and Zev Feldman]

In truth, I needed about six or seven listens to fully immerse myself in the music to decipher what Sonny was expressing and comprehend the messages. This isn’t free jazz or avant-garde but Sonny’s freewheeling approach expressed from a zone that is attainable only when he has the right musicians in the right location and they all have a special feeling. When this happens, the resulting music becomes a muscular animal with a beating heart and fluid pounce. It’s fascinating music.

Highlights here include a 22:25 Three Little Words (with about two dozen references to other songs, such as Pent-up House, St. Thomas, Lullaby of Broadway and If I Were a Bell), a sensual Blue Room, a supersonic On Green Dolphin Street, a pair of Fours and a roaring Tune Up. 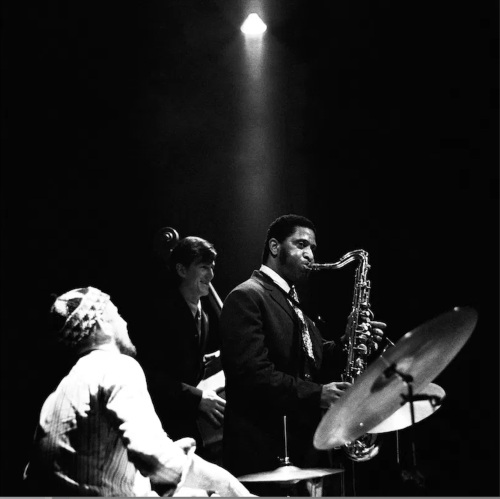 For me, what required an adjustment was getting used to the absence of a piano. While the missing rhythm-section instrument was at first jarring, I became used to the sound of Sonny in constant motion to fill the space normally occupied by the piano. The bass and drums, of course, have to do all of the background work supporting Sonny and providing additional abstraction. Once my ear stopped yearning for a keyboard, I focused on Sonny and his search for meaning. [Photo above of Sonny Rollins, with Rudd Jacobs on bass and Han Bennink on drums, by Toon Fey, courtesy of Zev Feldman] 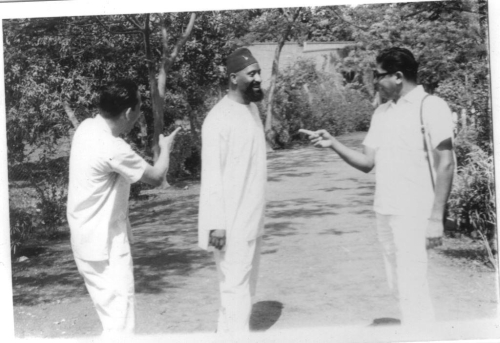 A year later, Sonny left for India to spend time at an ashram in Powai, an area of Mumbai (then known as Bombay). There, he found the meaning of life and his purpose and place in the universe. What he learned in India remains with him to this day.

And here’s a minidoc on the story behind the album…